This article is depend on the following articles, click on the links below:

In this article we are going to cover the following topics:

▽ Add whitelists node and add name to the list 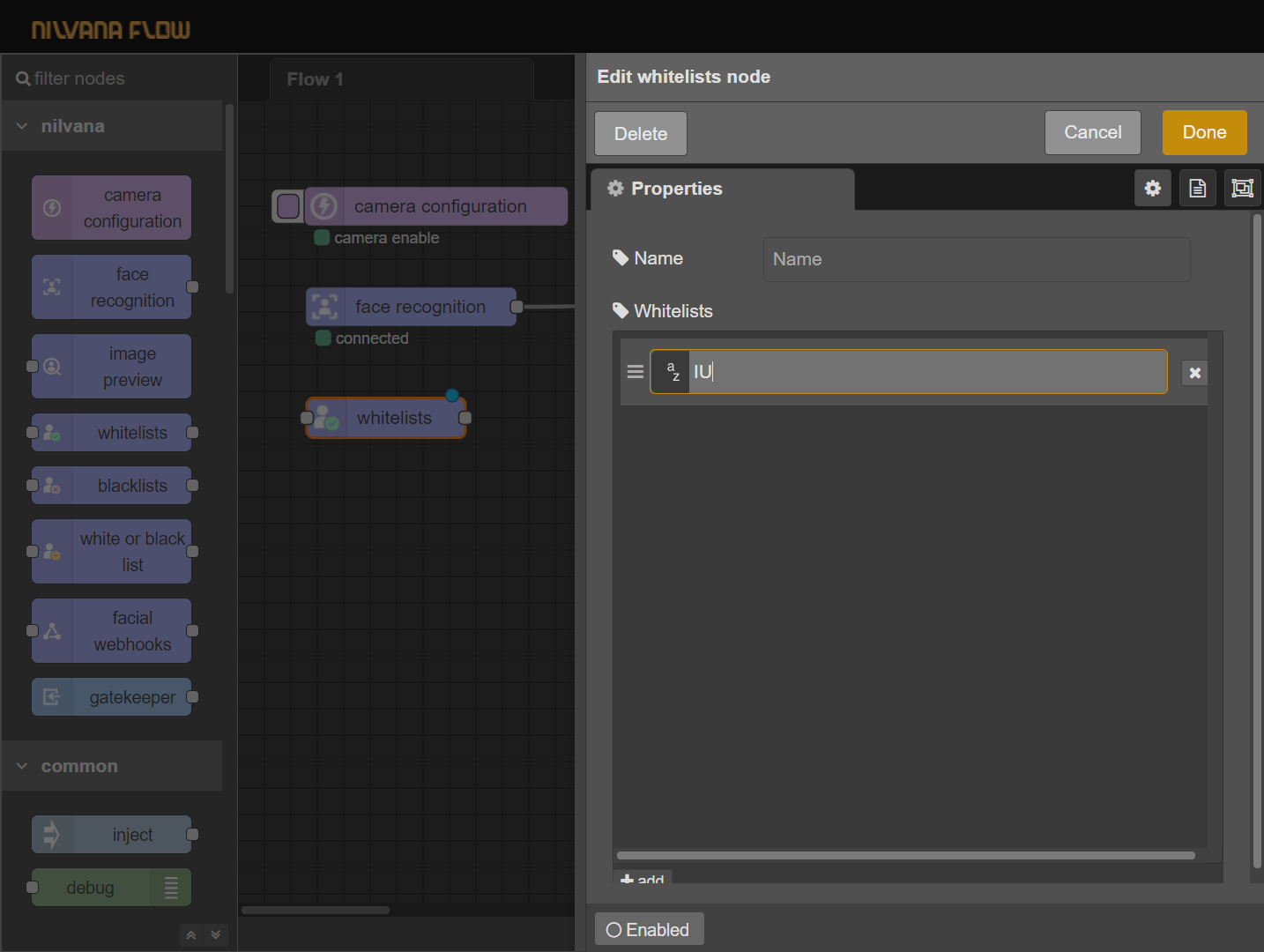 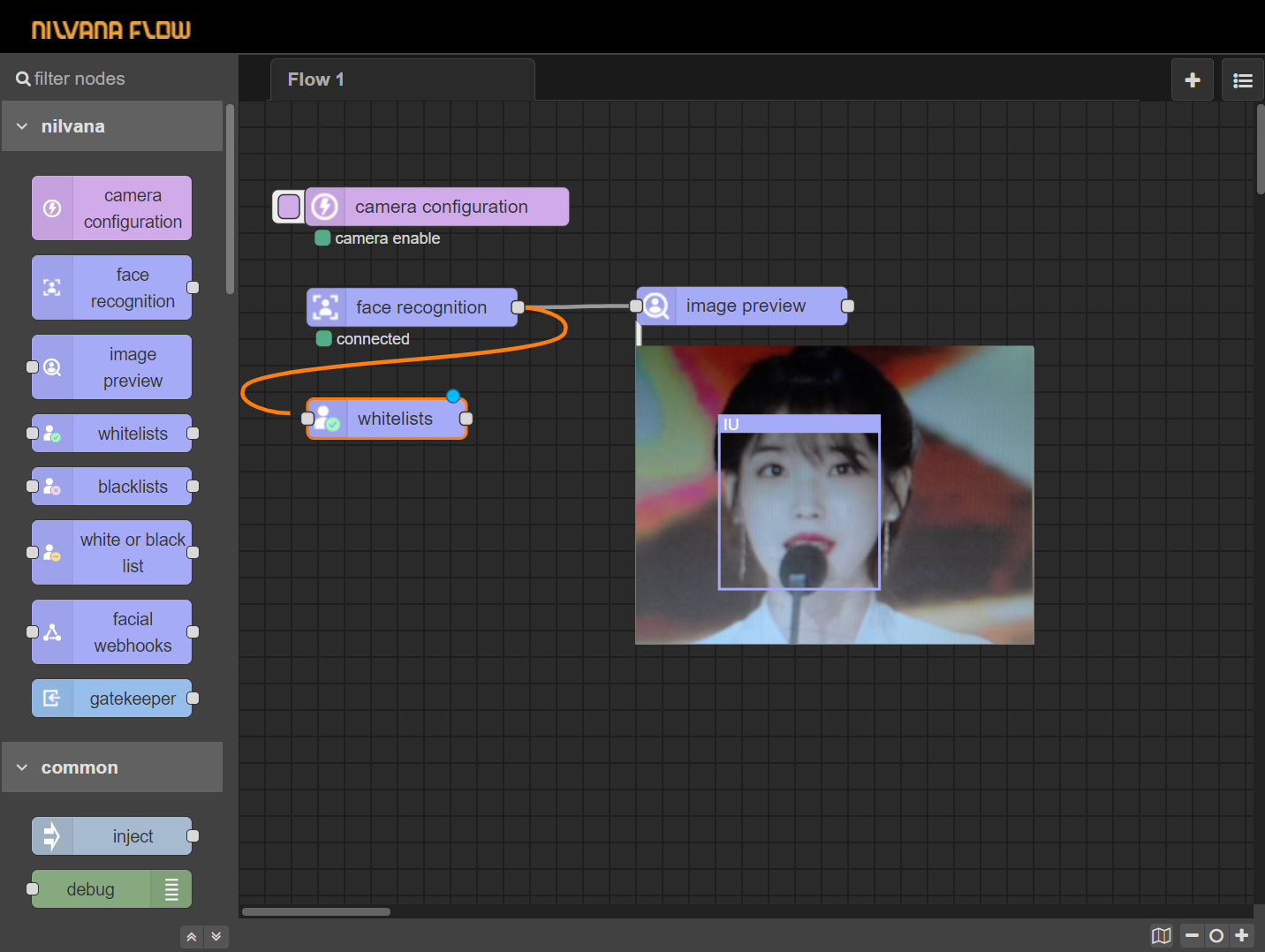 ▽ After deploying, the whitelists node is ready! 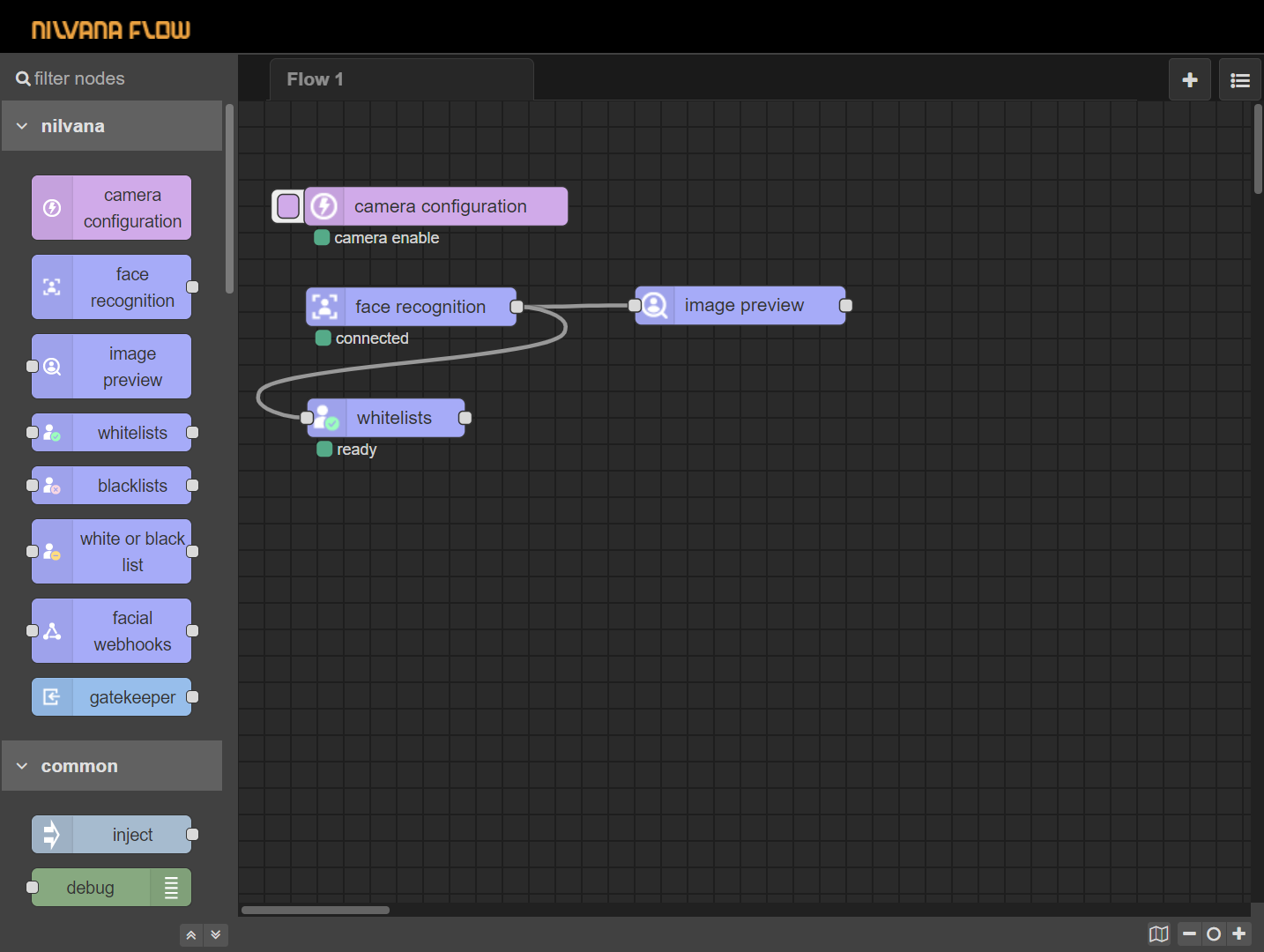 ▽ IU is in the list of whitelists, you can see the name under whitelists node when IU is capturing by the camera 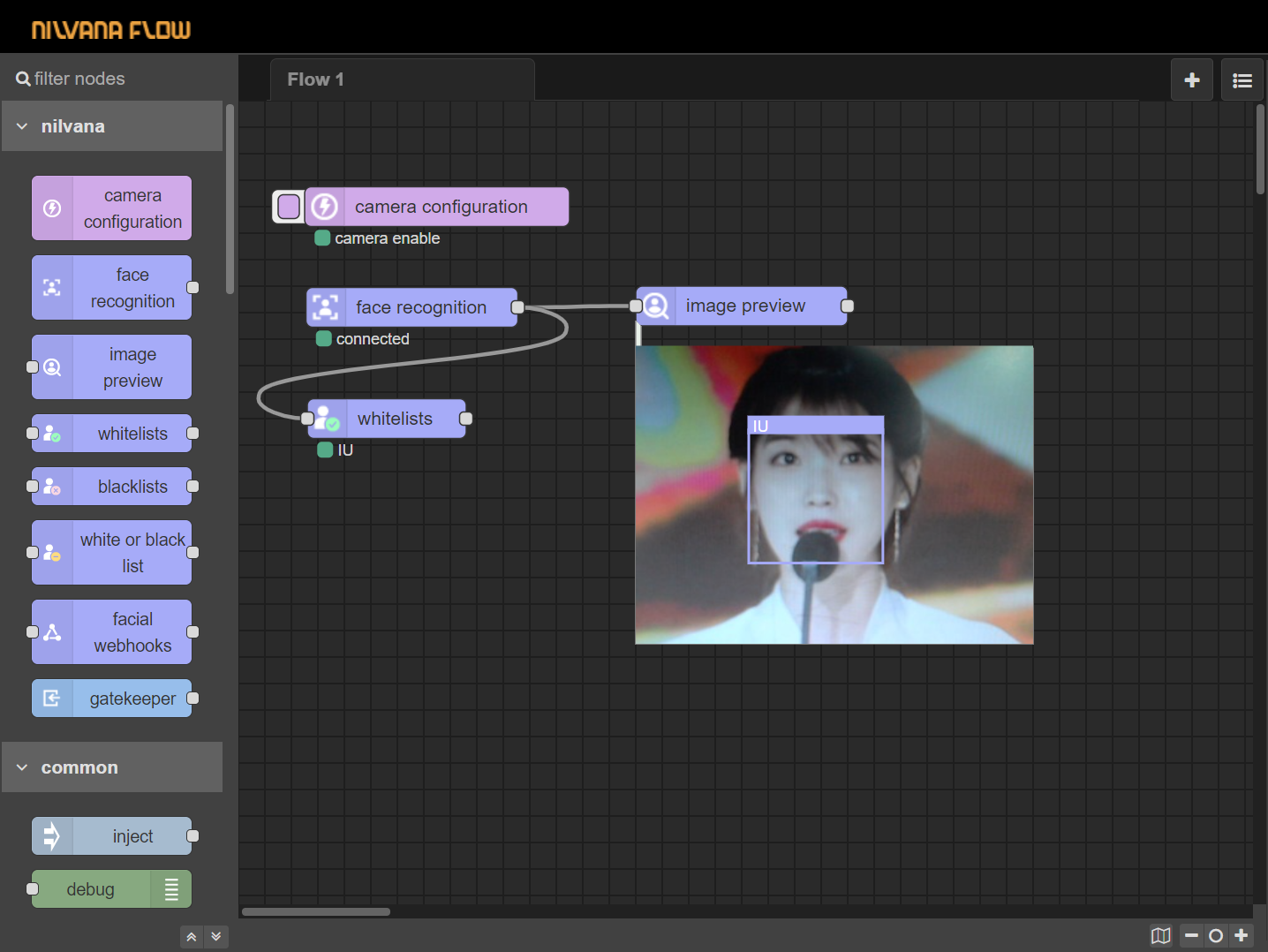 ▽ Add the blacklists node into the flow 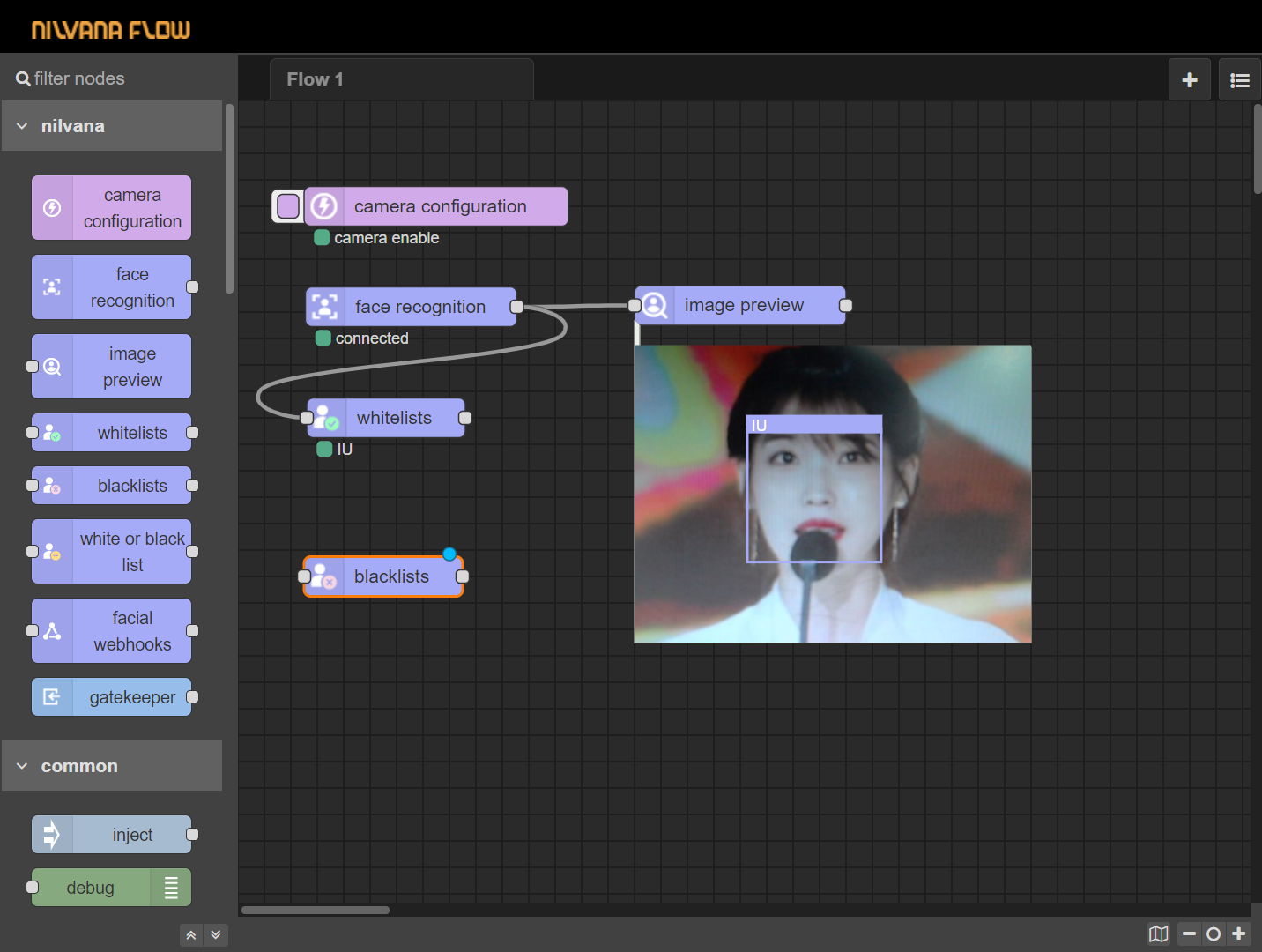 ▽ Add Taeyeon into the blacklists 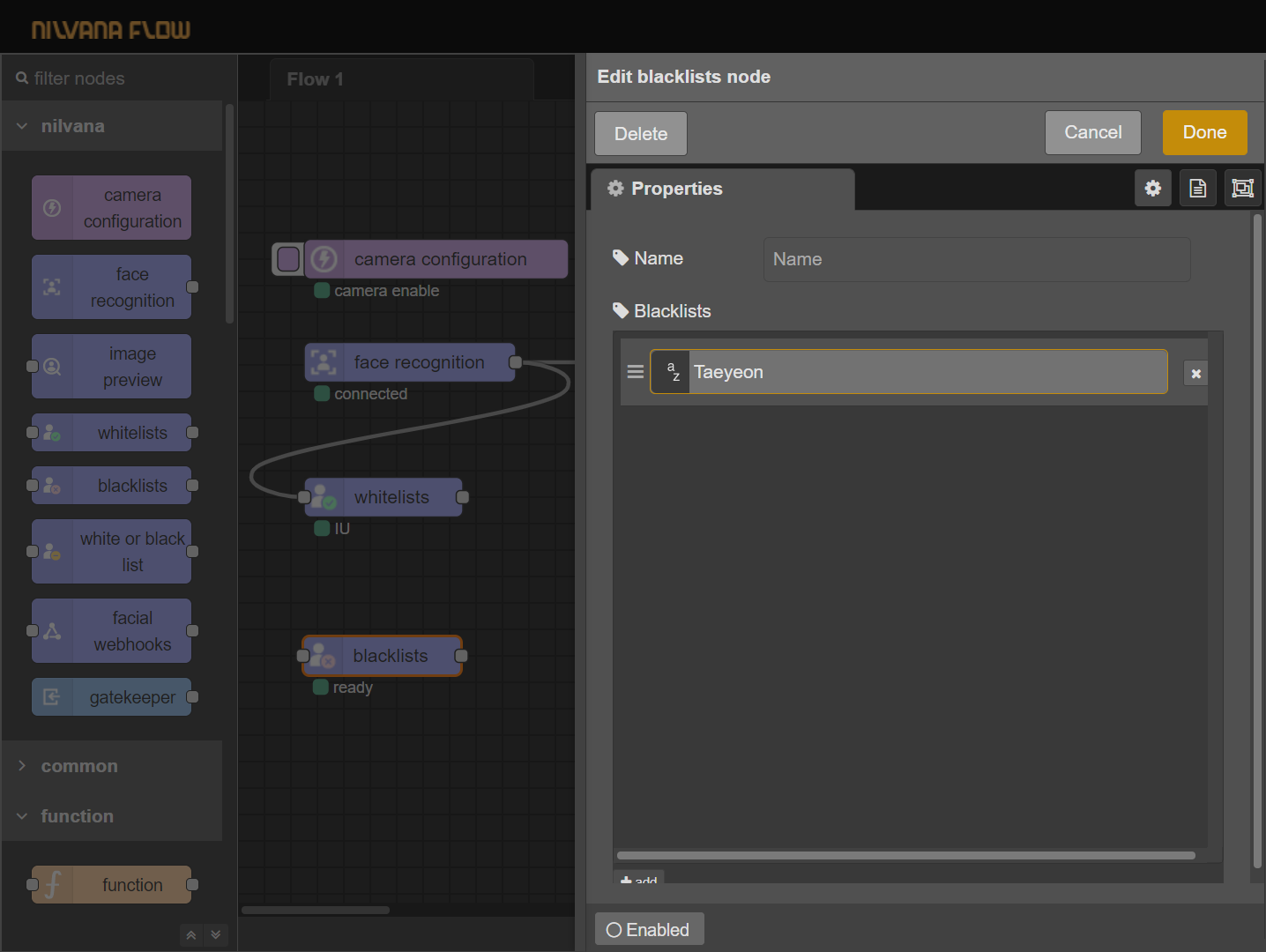 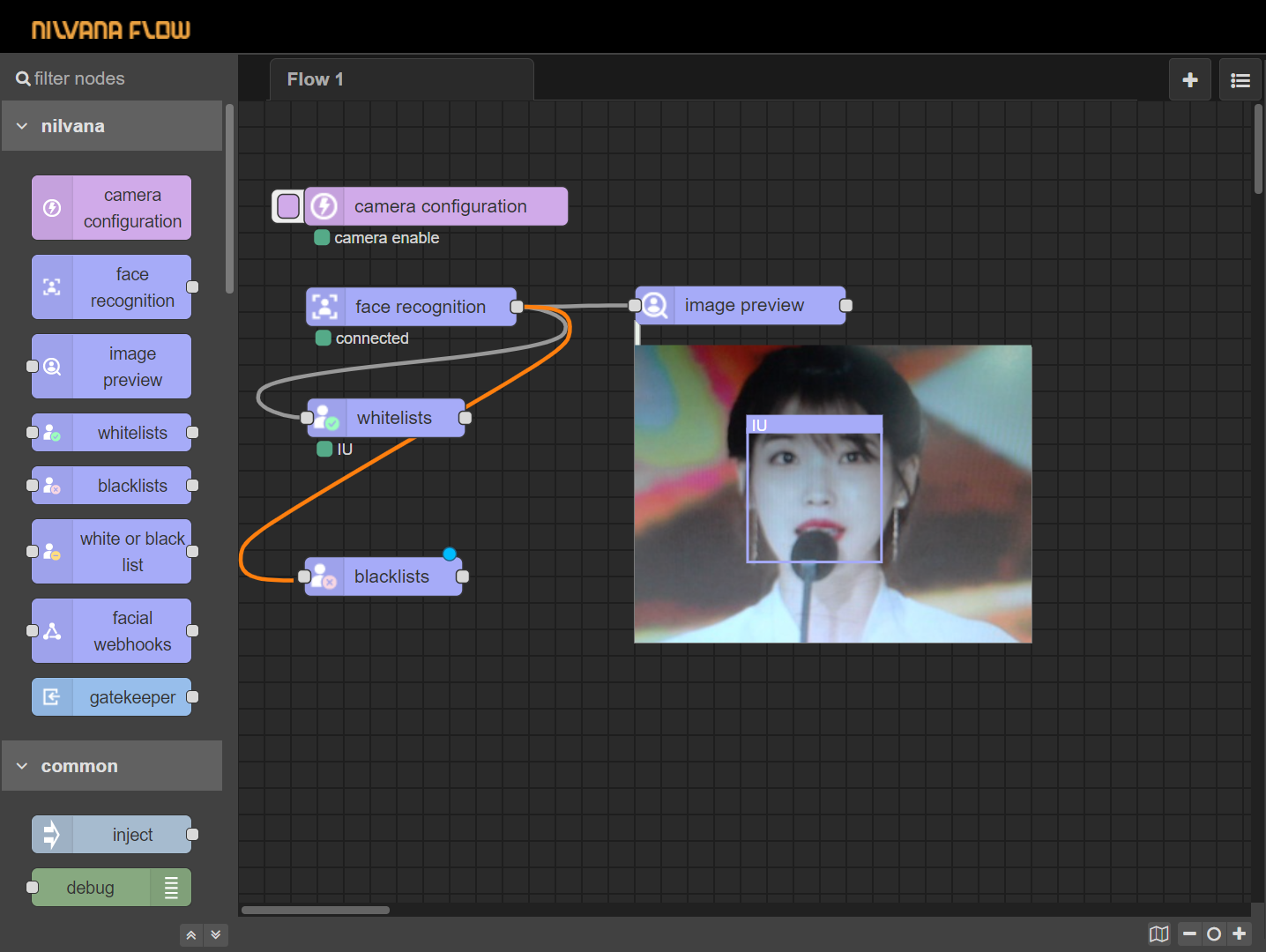 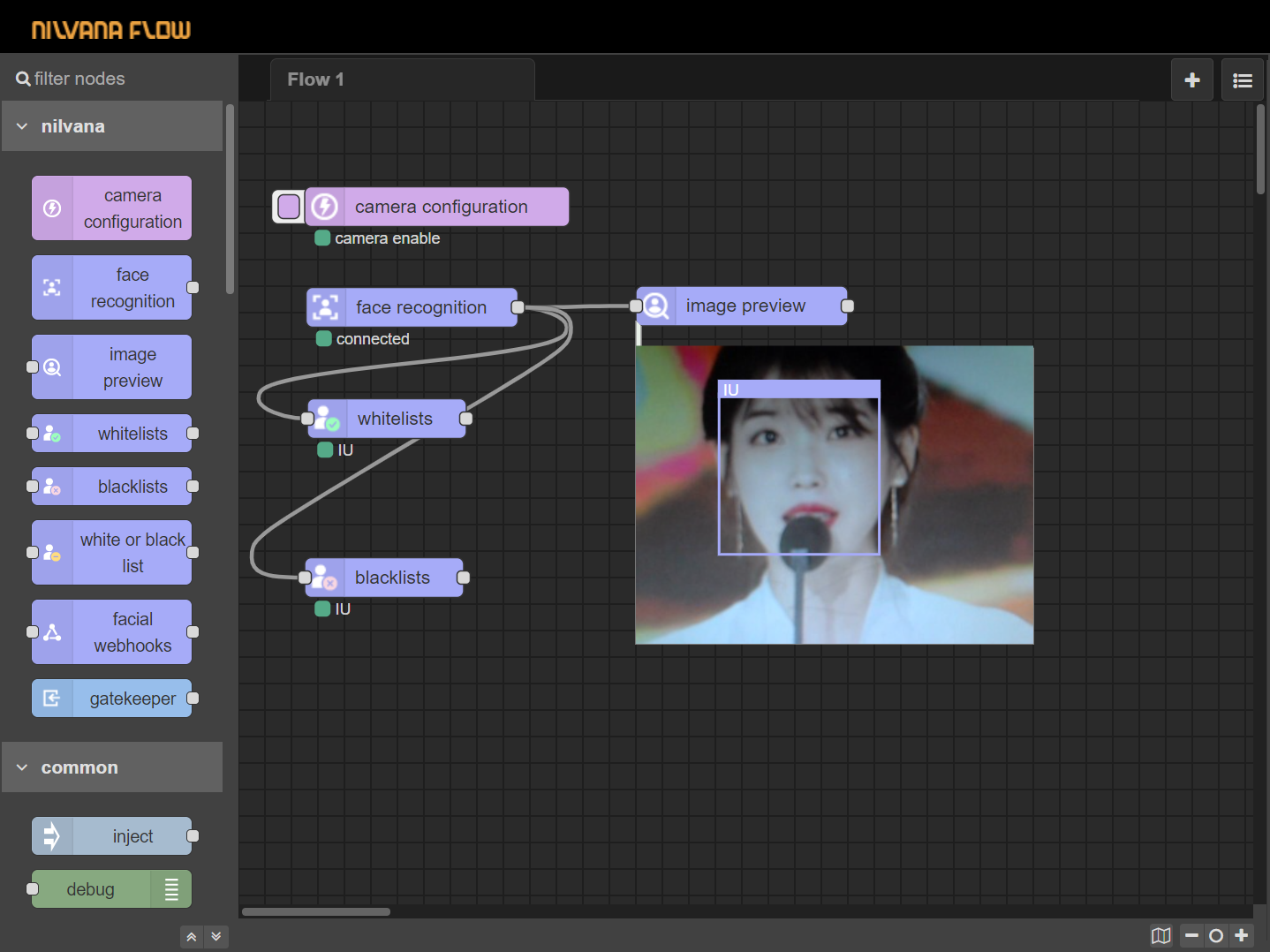 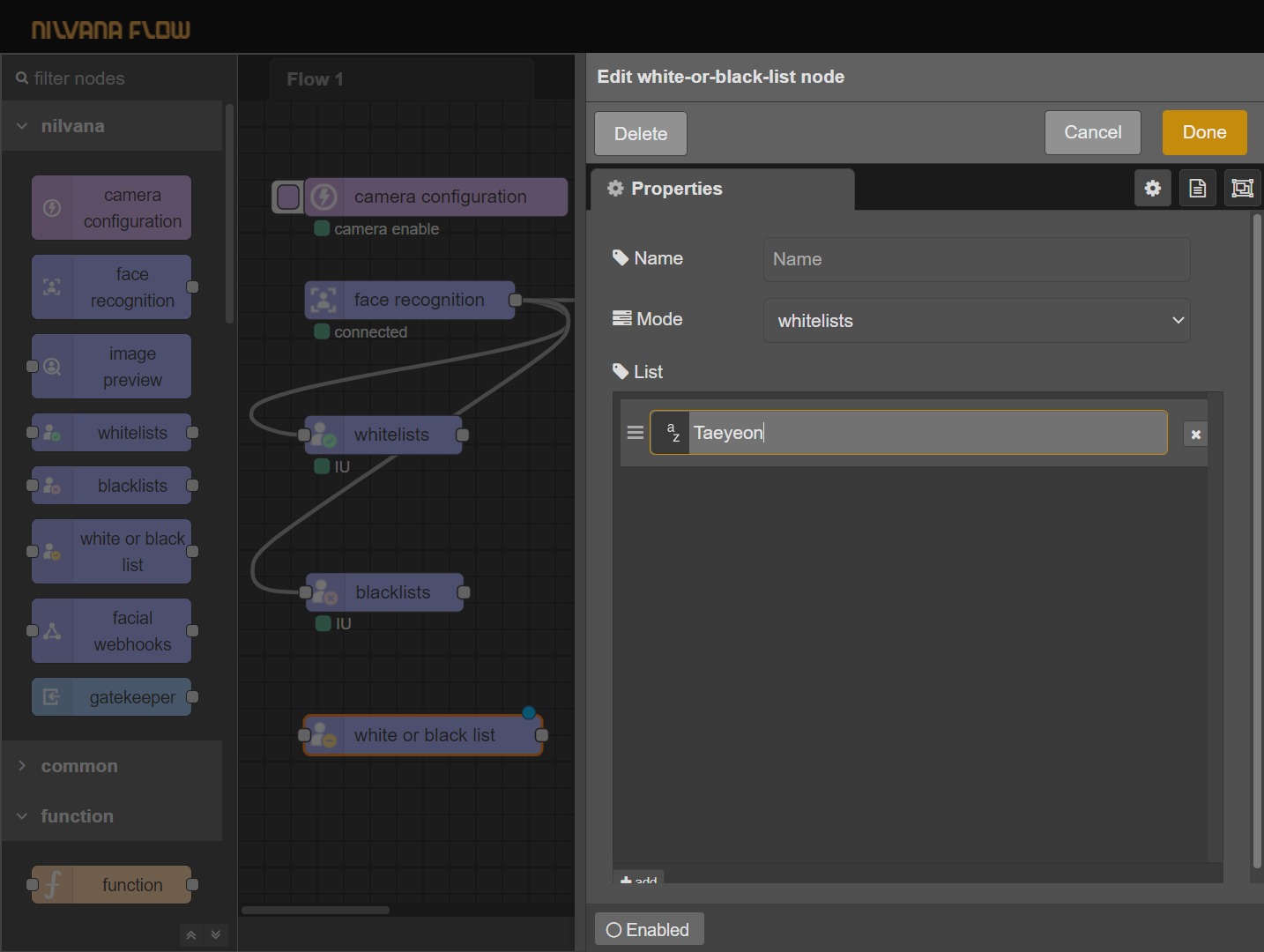 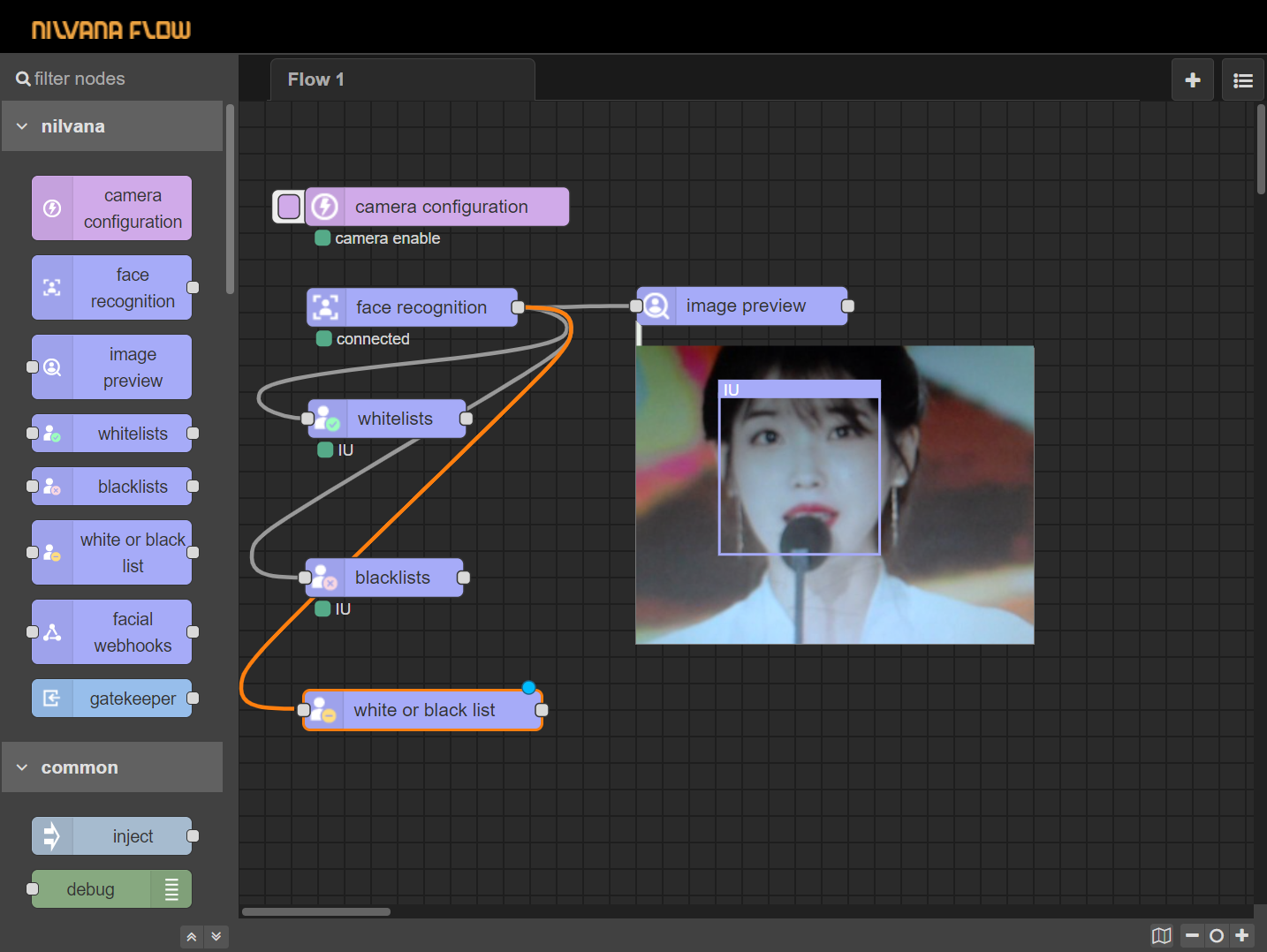 ▽ Now, Taeyeon is under the white or black list node when capturing by camera 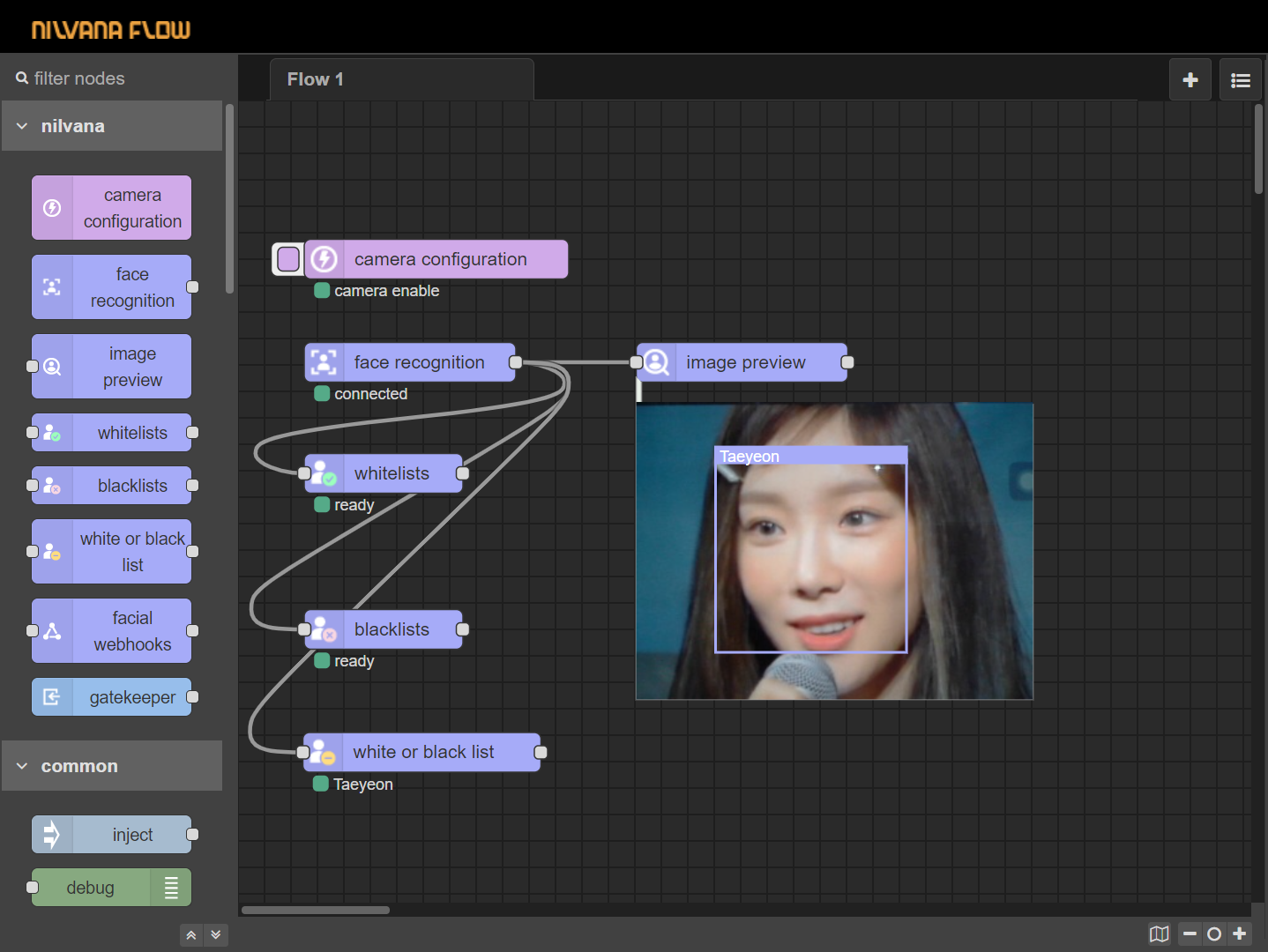 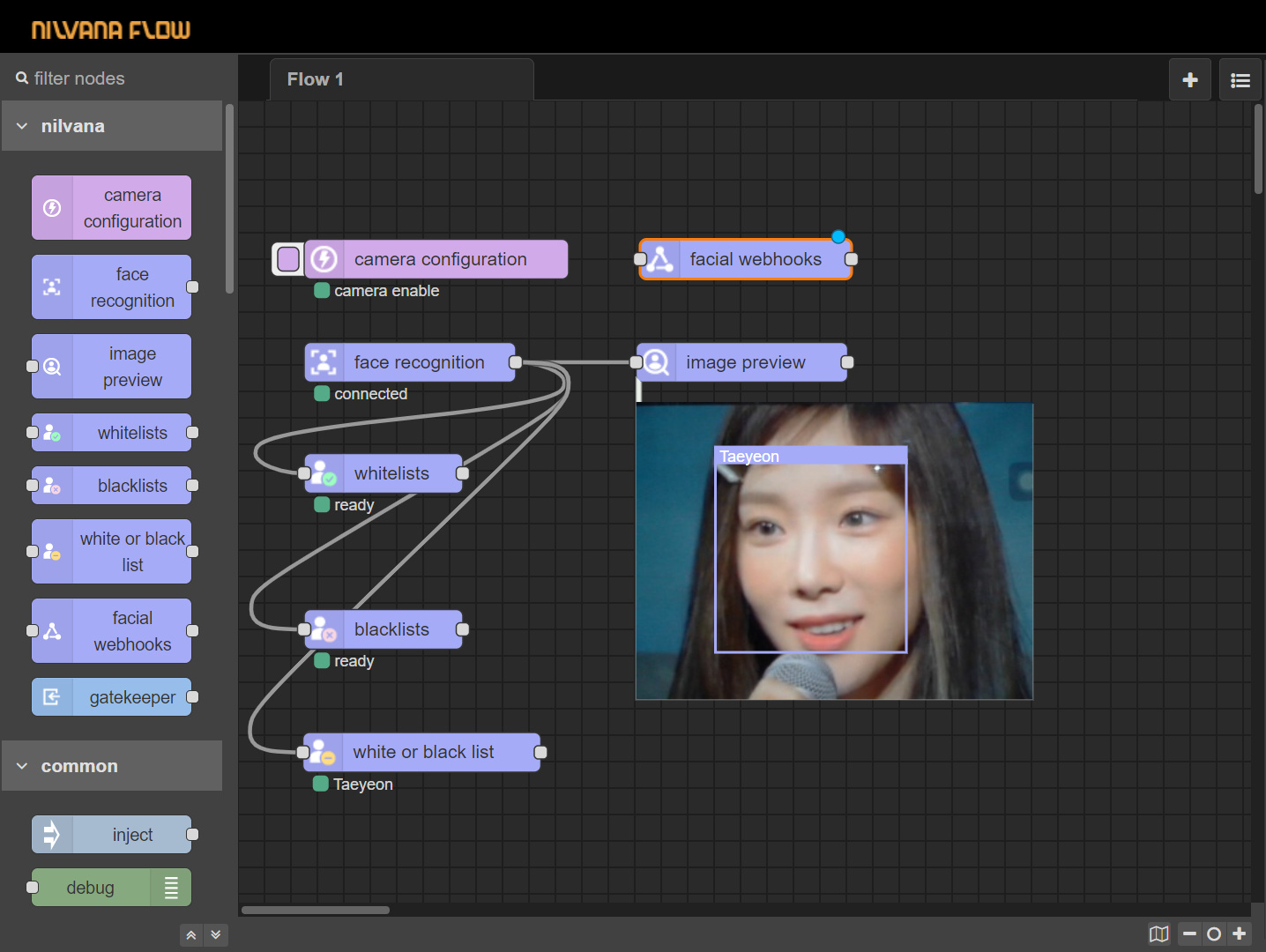 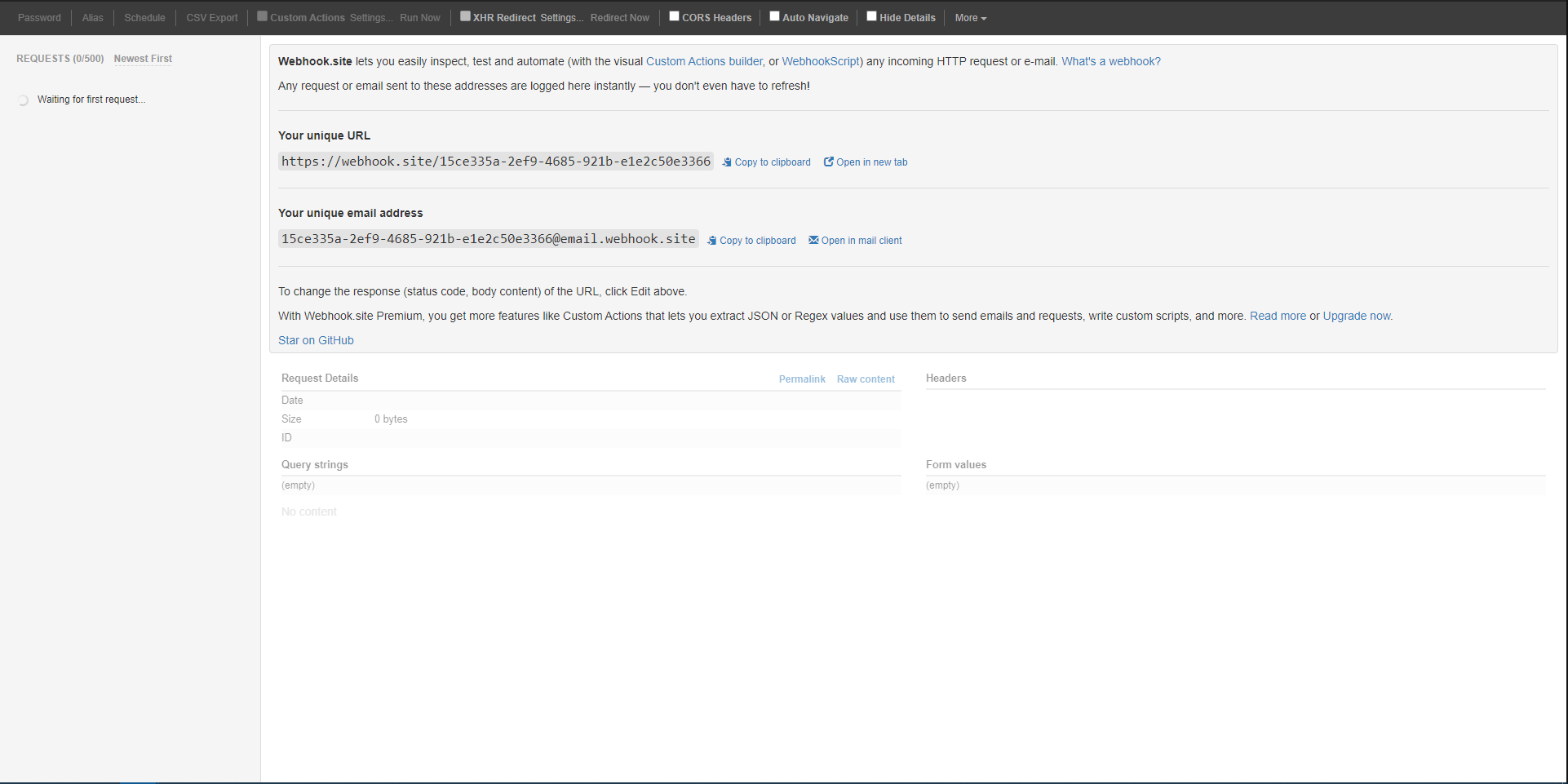 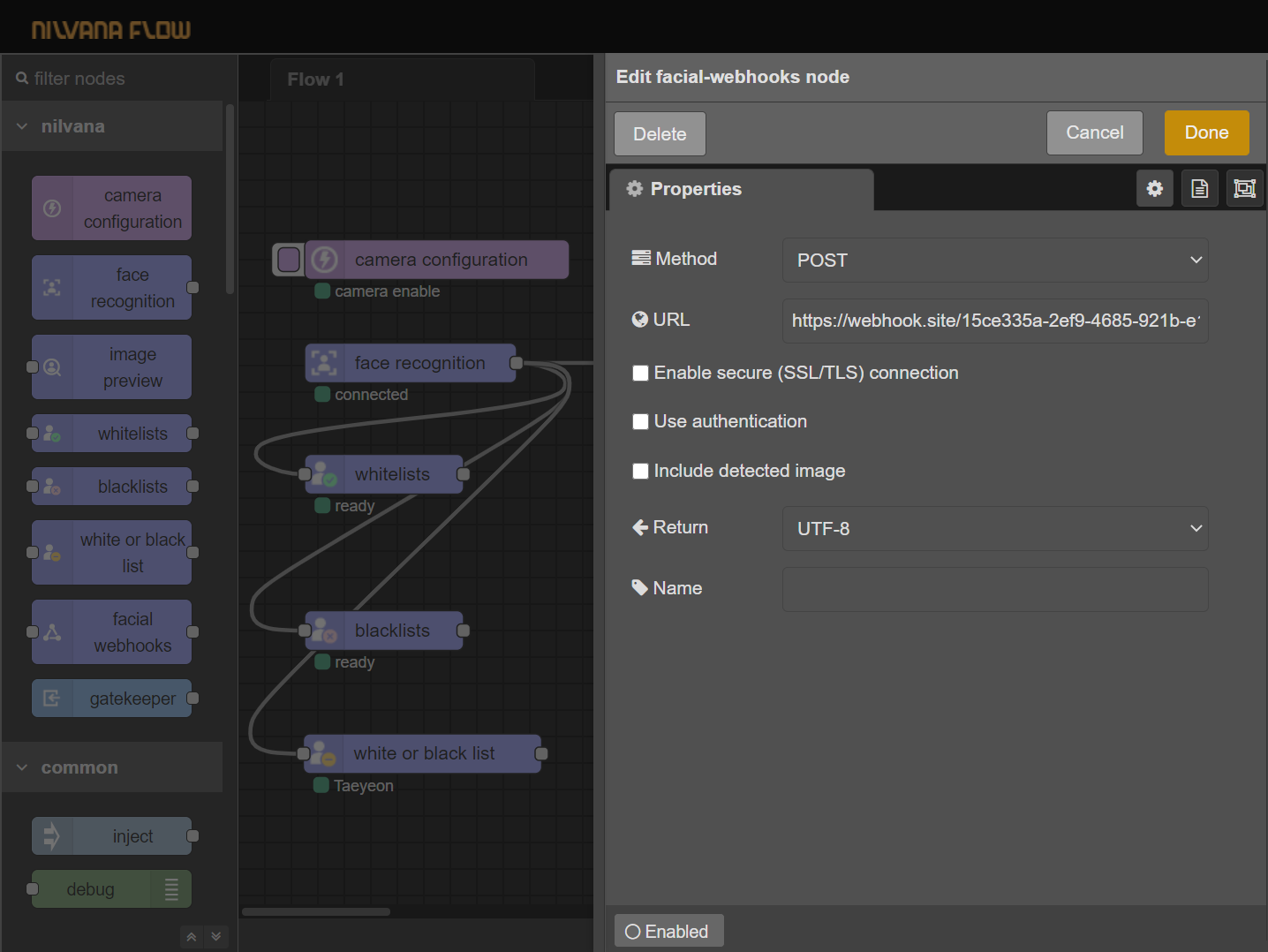 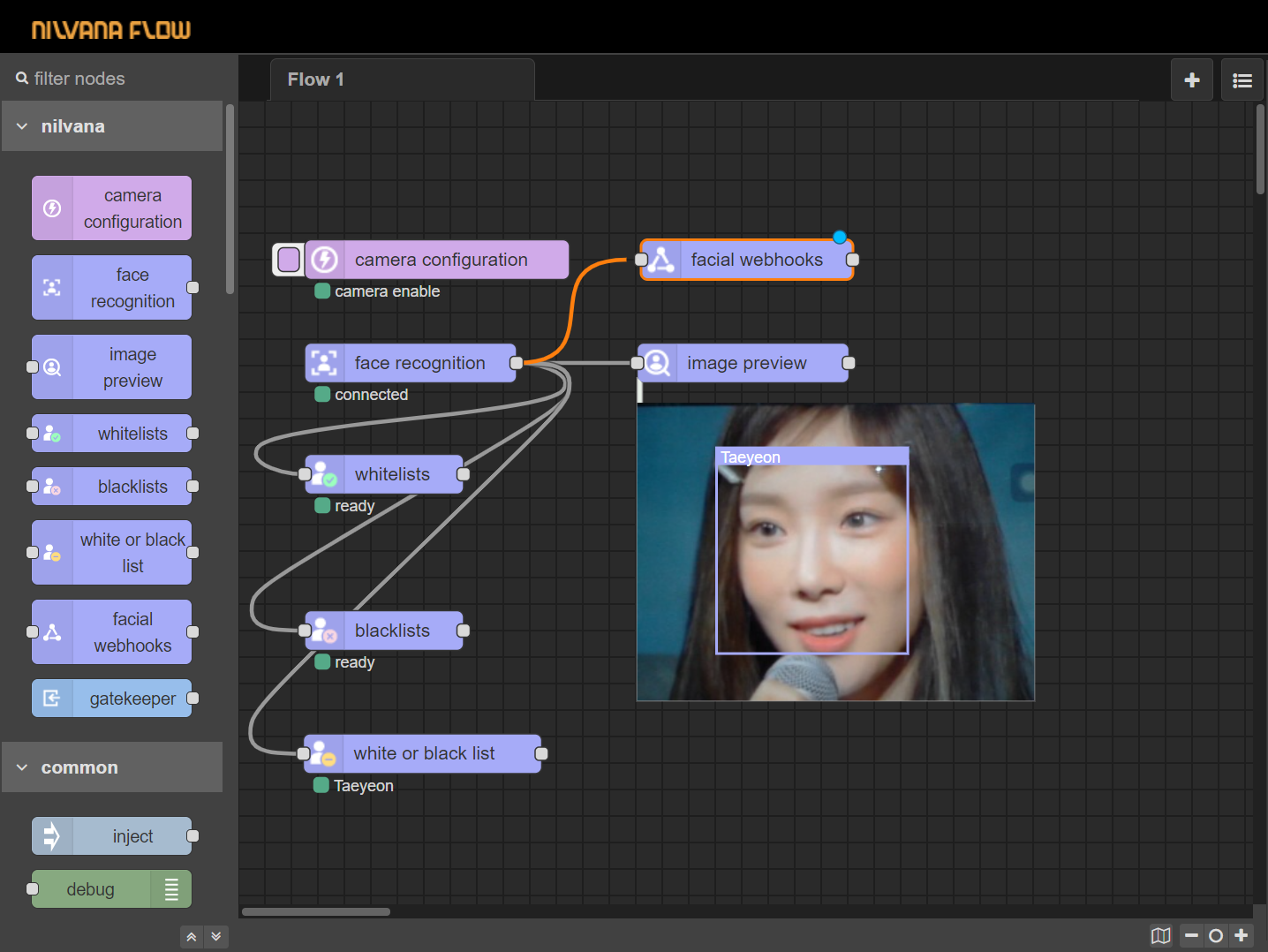 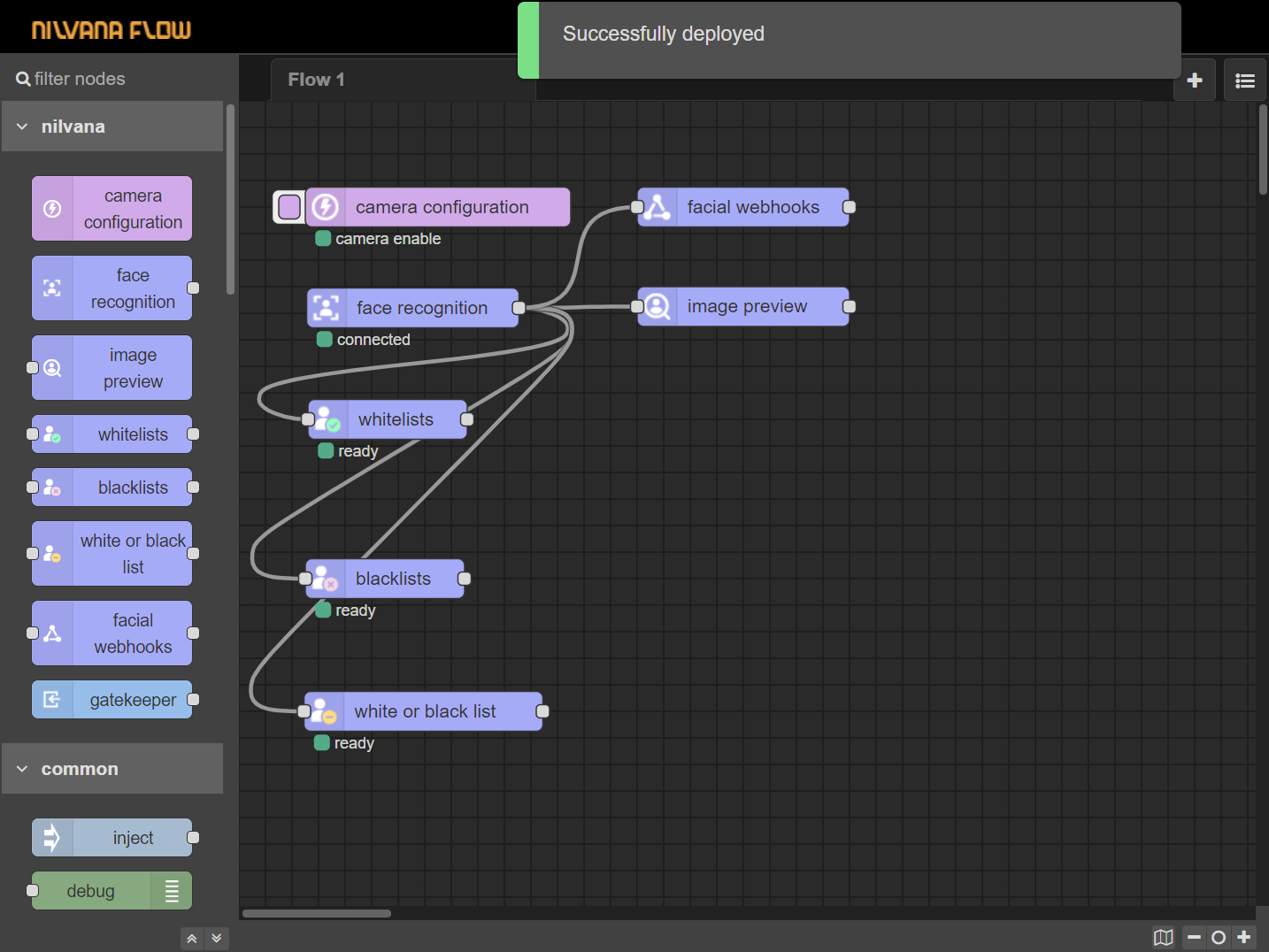 ▽ After capturing the face, the recognition information will be sent to the webhook 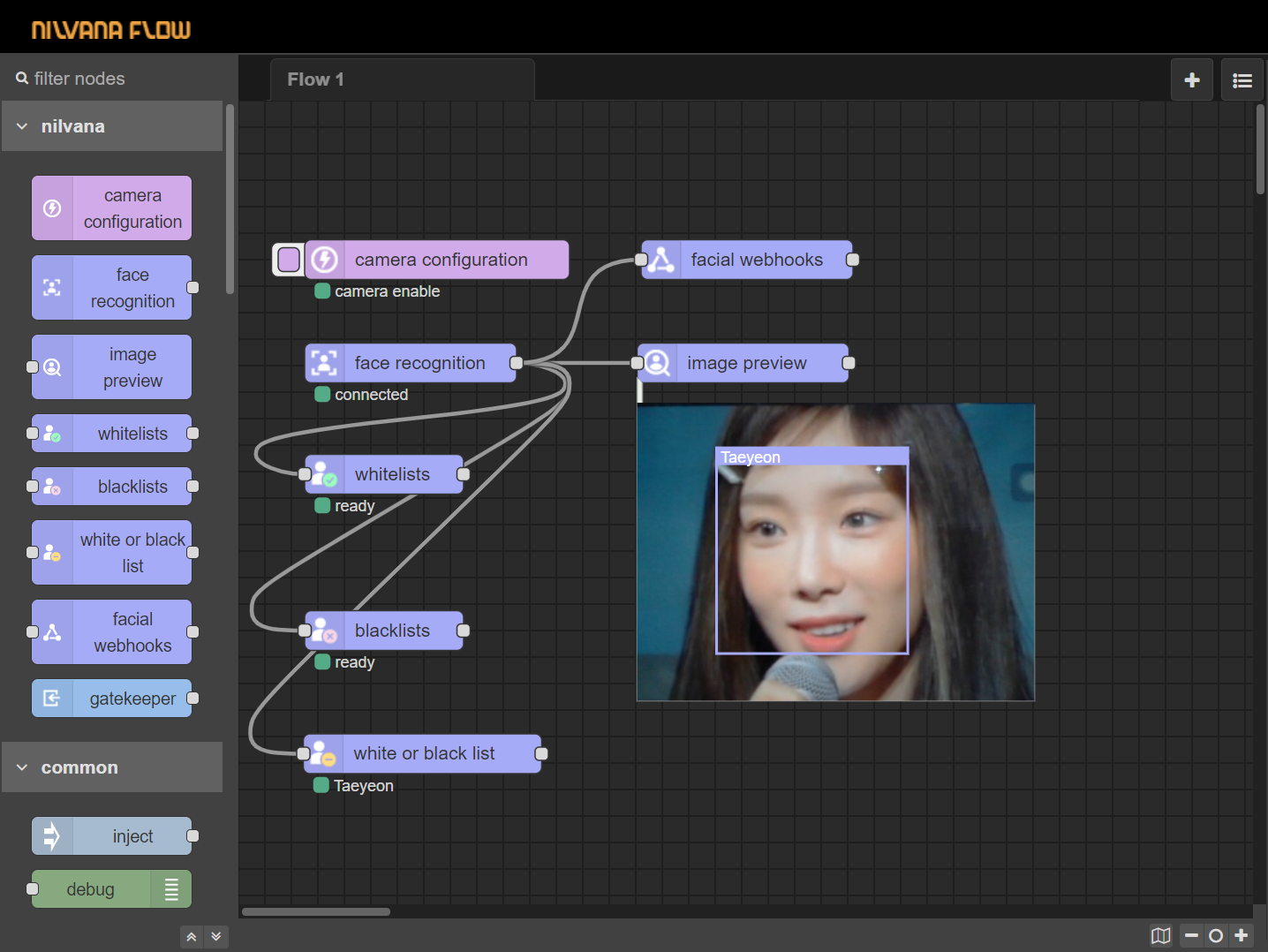 ▽ Back to webhook site, the recognition information displayed 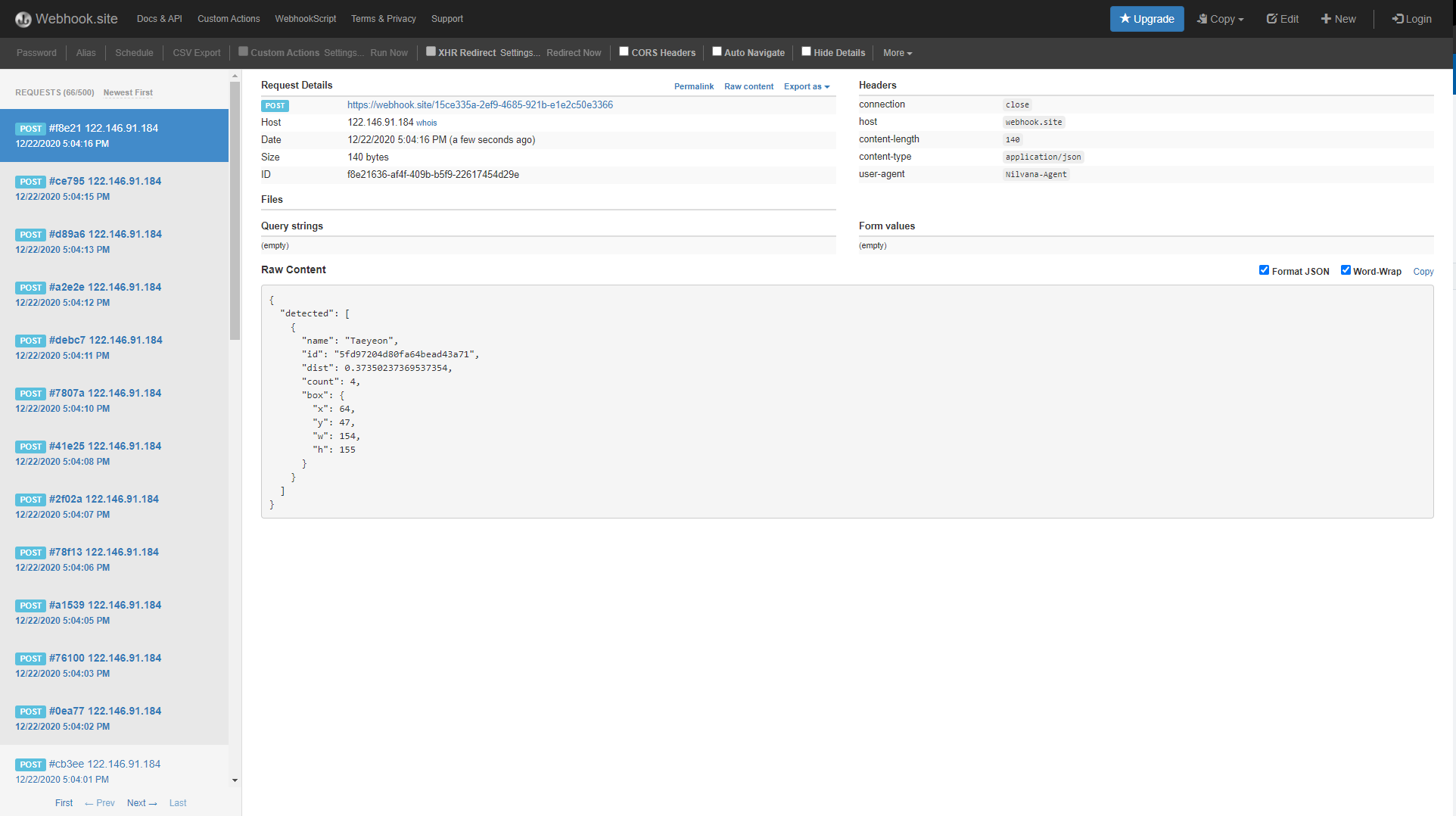